Ruth is a state senator, community leader, and working mother of three children. She has spent her career advocating for good public policy, financially stable organizations, and opportunities for everyone to participate in democracy and community. In 2018, she was elected to the Vermont State Senate representing Addison County, Huntington and Buels Gore. In the Senate, she serves as Vice Chair of the Health & Welfare Committee, a member of the Finance Committee. Last year she was Co-Chair of the Pupil Weighting Task Force and lead a major revision of Vermont’s school funding formula.

Ruth is passionate about education. She served three terms on local school boards, including as chair of the Mary Hogan School Board and co-chair of the Charter Committee which organized the unified Addison Central School District. Until March 2018, she served on the ACSD Board, leading its finance committee through the creation of the first unified school district budget. During the off-session, Ruth often works as a substitute teacher at the Middlebury Union Middle School.

For many years, Ruth worked at the Middlebury College budget office and helped steer the College through the 2008 international financial crisis. Ruth has also served on early childhood center boards, and began her career as a non-partisan school finance analyst for the Wisconsin Legislature.

Ruth believes in access to quality healthcare. She has worked as a grant-writer for Planned Parenthood of Northern New England raising funds to support access to women’s health services, and as Director of the Addison County Open Door Clinic providing free medical care to uninsured Vermonters.

By running and serving in the legislature, Ruth is leading by example. From 2015 to 2019, she was Executive Director of Emerge Vermont, which recruits and trains Democratic women to run for public office. Ruth also regularly talks with students about civics and democratic engagement, and has brought groups to the Statehouse to meet with legislators and be active participants in democracy. During the off-session, Ruth often teaches a course on Women in U.S. Electoral Politics at Middlebury College.. 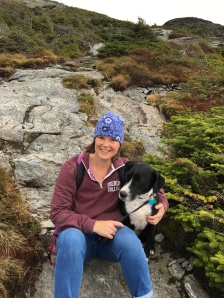 Ruth lives in East Middlebury with her children and husband Jason, who teaches at Middlebury College. They have a dog Pesto, a small flock of chickens, a weedy garden, and a shed full of mice.

Ruth’s family loves to play music and games, cook and eat good food, travel, and take part in school and community activities. Ruth is happiest when she’s making pizza for family and friends, leading a community meeting, or exploring new places. She loves hiking and snowshoeing, planting trees, and curling up with a good book.

Ruth and her three siblings grew up in a small town in rural central New York, where her family lived for several years on a farm raising various animals. Ruth spent much of her childhood riding horses, working on local farms, and being a student leader. Her mother was a teacher and her father was a state civil servant.

Ruth left home to attend Oberlin College in Ohio and then the LBJ School of Public Affairs at University of Texas-Austin. After over a decade in the Midwest and South, Ruth moved back to the Northeast in 2002 to raise her family and put down roots in Vermont.