The first time I heard the phrase, “Vote early and often” was from my Great Aunt Heek. Born years before women had the right to vote, once Hilda Atterberg earned the right, she used it well. Aunt Heek worked for decades as a librarian at the Rochester (NY) Public Library and lived for over 50 years with her best friend and life partner, Martha.

I learned from Aunt Heek that women should be able to chose their own authors, partners, and candidates — we should read, love, and vote how ever we want. When Aunt Heek died at age 96, she left me a $1,000 savings bond and 70 years of daily diaries.  So, I know she voted often, in every single election possible, and early too. 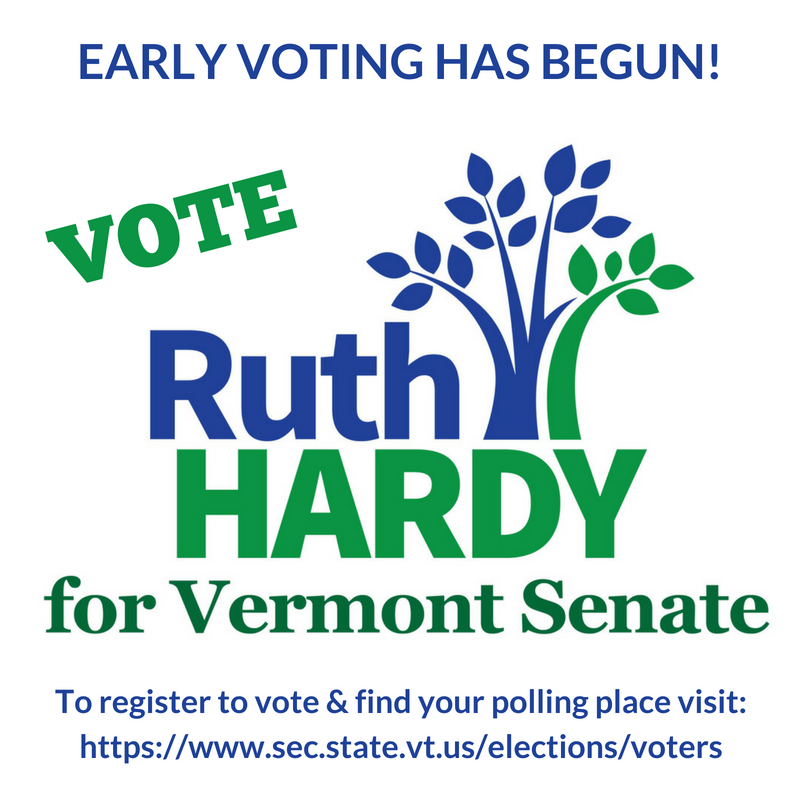 Did you know that early voting for the August 14th Primary started last Friday? When are you going to vote? If Aunt Heek were alive, I’m sure she would have already voted, “June 29, 2018 – Vote early.”

When we earn such a powerful right, we need to use it, early and often.

Take advantage of Vermont’s early voting window and go the the polls today. Vote for me and other candidates in the many important primaries here in Addison County and across the state.  Vote early in memory of my fantastic Aunt Heek. Thank you for your support.